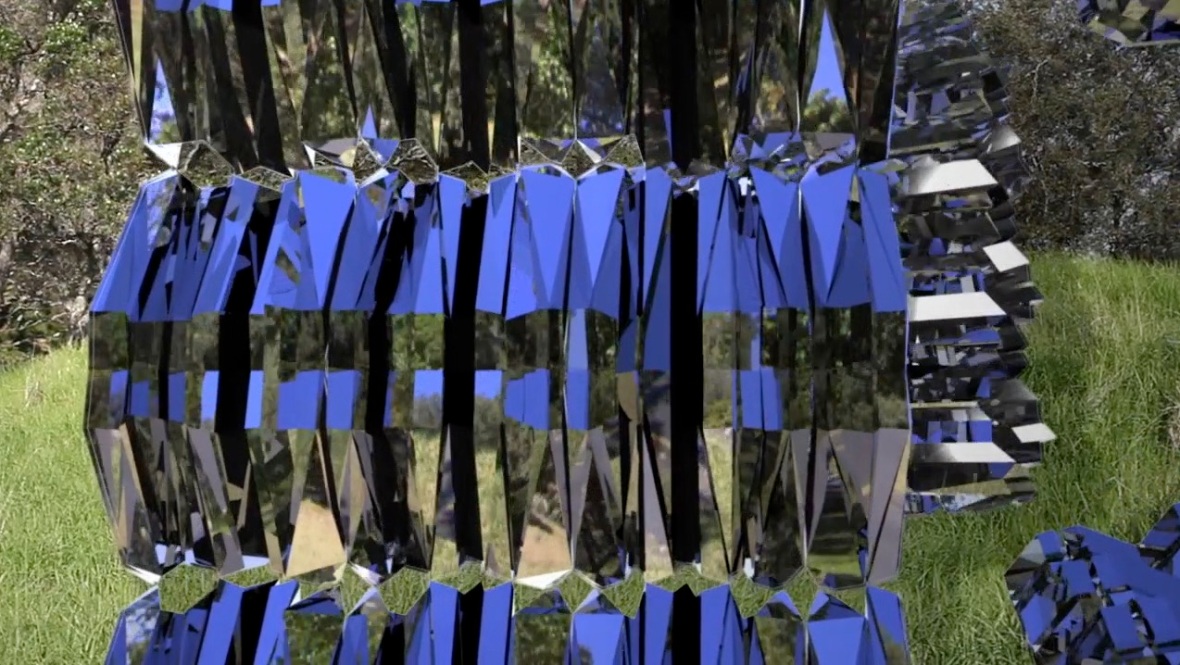 Maungawhau 1 and 2 are a re-working of a site specific installation of virtual sculptures, presented using augmented reality on a smartphone. This installation presented 6 virtual sculptures in augmented reality, and was geo-located on Maungawhau / Mt. Eden, an urban mountain with a long history of Maori settlement. This work responded to the history, cosmology, and sensory engagement of this unique place. Drawing on my Māori ancestry in the design of the virtual sculptures, I incorporated material forms both from the natural world and from cultural visual discourse. Reflecting these processual threads, certain configurations of the augments appear as bird-like, kite-like, hive-like, without ever actually fixing themselves to that shape. Fluid and evolutionary, abstract or naturalistic, vertex, edge and face (the bifurcated lines of the non-manifold) reveal their construction through shifts in movement, position, and gesture. I gave a project presentation of the full art work at the ISEA conference in 2013 in Sydney, and also made the shortlist for the 25th Annual Wallace Art Awards (2016). The full work, Ko maungawhau ki runga: the mountain above, was installed in 2014 in Lisbon, Portugal, at one of my favourite small media art festivals, Post Screen (picture below). 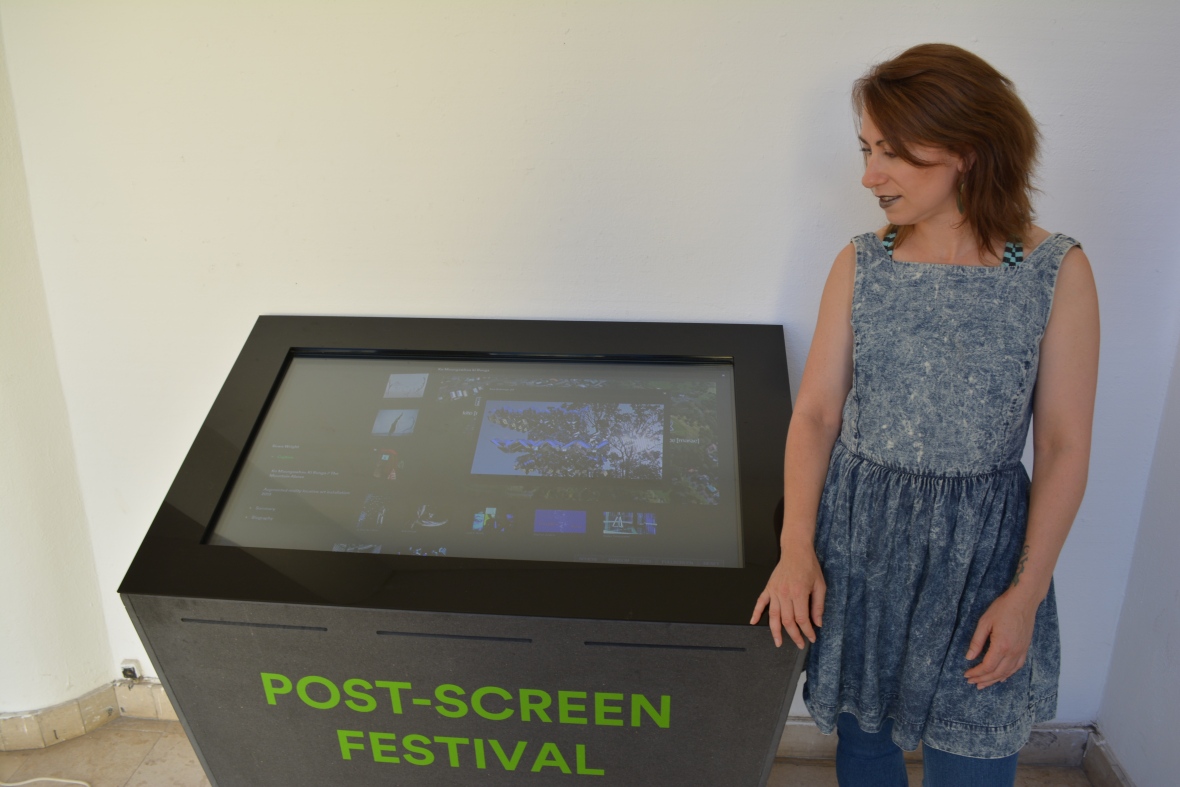 Each 3D model was formally a reworking of a singular prototype, whose animated movement produced differences across a series of six forms ( I have only reworked two into videos shown here, but might have a go at the remaining 4 at some point). New forms were produced through shifting the algorithmic parameters of the 3D models.