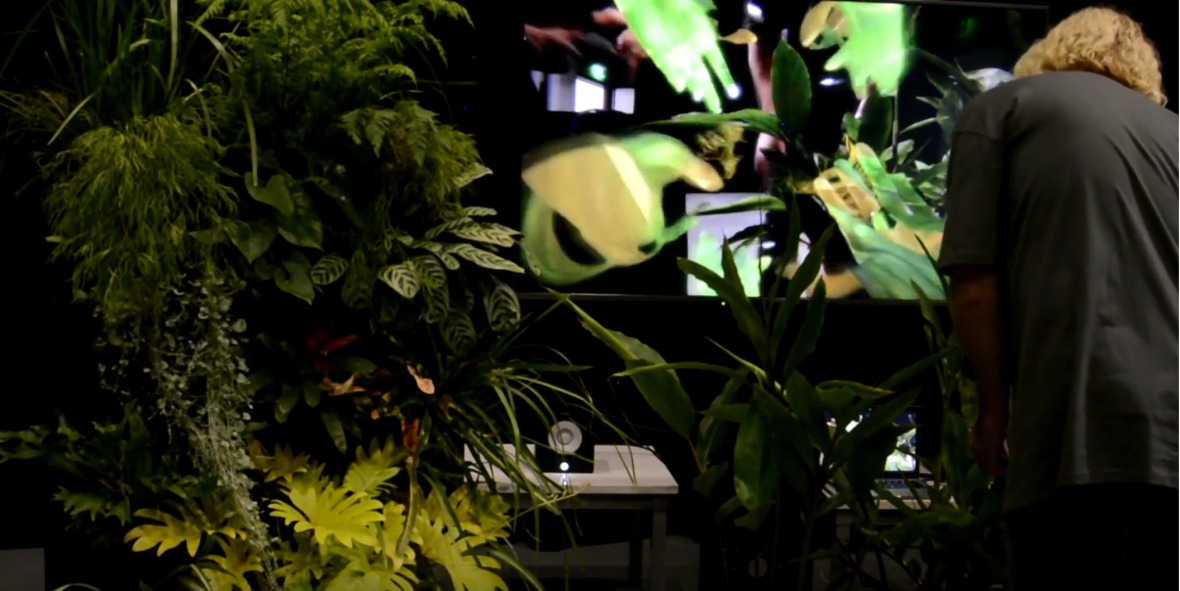 Tactile Potentials: Augmented Plants created a situation where normally inaudible plant sonics resonated with human bodies and computer interfaces. Visitors to the work were able to co-compose a soundscape with a row of living ginger plants, enmeshing signals and data as augmented materialities that proliferate on and off screen. The plants were attached to a special sensor that read their bioelectrical signals, and these signals were then transposed into MIDI data and then to audible sound. By touching their leaves, very gently, participants could influence the signals the plants were producing, creating a situation where they were affectively co-composing a generative soundscape with plants.

Because the signals created were not only emanating from the plants, but also from the human bodies in a capacitive sensing circuit, the sonic experience never unfolded the same way twice. While sonified bio-electrical signals filled the gallery space, digital augments that tracked a visitor’s hand gesture appeared on the LCD screen. 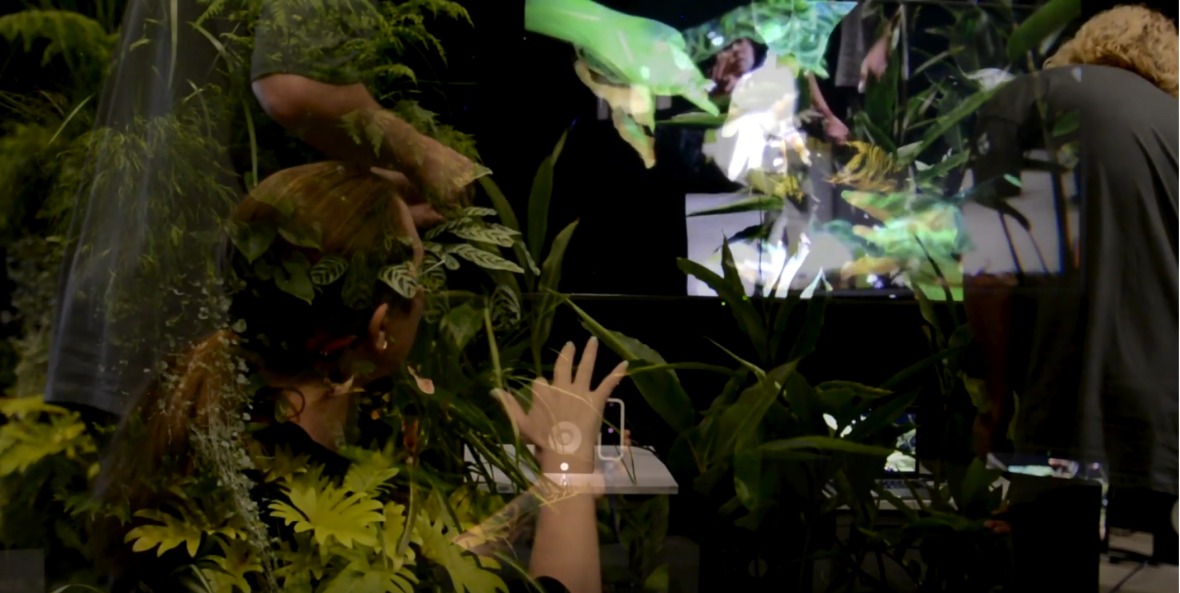 Exploring the nuances of one’s own hand gestures, as a multitude of digital avatars, afforded a unique experience for visitors to the gallery. Combining digital augments and plant signals, Tactile Potentials: Augmented Plants opened a fertile ground for new explorations with inter-species (plant-human) art making, as well as with live software.